Taking No Shortz: 5 Rap Songs That Properly Use ‘Illin” 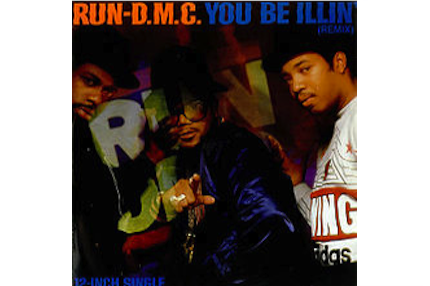 Y’all must have gotten really bored tweeting about Downton Abbey or something yesterday, because there was a completely moronic kerfuffle about The New York Times crossword and rap lyrics, naturally taking the internet pedantry department by storm. It seems Will $hortz, crossword editor for the old gray lady, had put as a 28 down, “Wack, in hip-hop,” with “illin[‘]” as the hypthetically correct (read: not at all correct) answer.

Gawker best summed up the SMH-as-I-type-this idiocy that came next. Freelance writer and obviously incredibly bored person Julieanne Smolinski corrected Shortz Dog, insisting that “wack” and “illin[‘]” were not, in fact, the same thing.

You didn’t mention what distinction you draw between the two words. According to the Dictionary of American Slang, edited by Robert L. Chapman, “illin'” means “stupid, insane.” “Wack” is defined as “worthless, stupid.” The Dictionary of Contemporary Slang, by Tony Thorne, defines “illin'” as “bad, uncool,” and says it is a buzzword in the rap and hip-hop cultures. It seems to me that’s roughly the same as “wack” in the sense of worthless or stupid.

And Smolinski somehow culled the strength to “correct” him with more mostly incorrect information:

In my house we always use “illin'” to describe the act of being “ill” in a positive sense. Although, to be fair, I would have to list my source as “the rapper T.I.” (although I’m fairly certain he is MLA approved).

Finally clearing this ridiculousness up, last night, licensed ill-ologist and good sport Mike D went on The Colbert Report and participated in a fairly cringeworthy “white-dudes-talking-about-rap-in-stitled-tones” routine. Here, he defends Smolinski somewhat, saying illin’ is “a fragment of ‘mentally ill, and therefore an exhortation to abandon ones inhibitions, as opposed to acting badly.”

Even though we all agree that this is some semblance correct definition, it doesn’t really tell the whole story. Illin’ is a far more nuanced word that Mike D allows, certainly “an exhortation to abandon ones inhibitions” but one that can be used in both positive and derogatory lights. For example:

Run-DMC – “You Be Illin'” (1986)
Supposedly the first recorded instance of “illin’,” the protagonist in Run-DMCs “You Be Illin’,” participates in some fairly bugged-out behavior: ordering a Big Mac at KFC, yelling ‘Touchdown!” at a basketball game, and eating a can of dog food. Run-DMC use “illin'” as an insult, describing the man’s mental state as clearly a net negative.

Beastie Boys – “Rhymin’ and Stealin'” (1986)
The brilliance of the the Beastie Boys is that they took the word and made it their own. They brattily set out to be the knuckleheads, goofballs and snot-rocketeers of hip-hop, taking punkish pride in acting crazy. On this song, they describe themselves as the “illinest,” which in this case is a combo drunk, gun-crazy, skirt-chasing, free-basing, robbing and raping dickheads. In the original version, Mike D even had a line about smoking crack! You can hear this proud-to-be-illin’ definition in songs by Ultramagnetic MC’s, Eminem and Esham.

Ice-T – “Freedom of Speech (1989)One of multiple Ice-T songs where describes getting loose on the microphone as “illin’.” See also his “Rhyme Pays” and “Heartbeat.”

Nas – “One Time 4 Your Mind” (1994)
One his iconic debut, Nas spends his days relaxing with a beer, “and watch a flick, illin’ and root for the villian.” As in, he may lose his inhibitions and start rooting for the bad guy.

2Pac – “Me Against the World” (1996)“Witnessin killings, leavin dead bodies in abandoned buildings/Carries to children cause they’re illin’/Addicted to killin and the appeal from the cap peelin.” This vivid description exemplifies the most common use of illin’ in songs by more street-narrative-savvy rappers like N.O.R.E., 2Pac and Mobb Deep: Describing someone else prone to violence, their inhibitions free that they’re not phased by it (see the Beasties definition) ultimately having a negative effect on the person and those around him (see the Run-DMC definition).