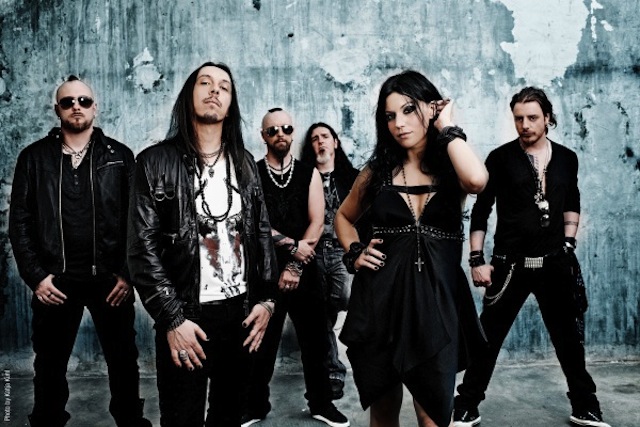 Darkness-looming Italian gothic metal belters Lacuna Coil are back for their sixth go-round, Dark Adrenaline. Dropping January 24 via their longtime home Century Media, the album matches their timeless, ever-bombastic, black-clad swoon with some of their stickiest, sweetest, most popcentric hooks to date. Given proper attention, this beast of a record could feed the appetites of fans of everything from Celtic Frost and Ghost to the more shadow-lurking fans of Imperial Teen, Cocteau Twins or, hell, even Pink. Plus, there’s an industrial-tinged cover of R.E.M.’s “Losing My Religion,” which is like a ball waiting for some metalheads to pick up for like 20 years!

Stream this thing here and try not to get sucked into Christina Scabbia and Andrea Ferro’s hurricane-force melodies. Like Scabbia says: Let the fire enter you!