SPIN’s 20 Most Anticipated Films of Sundance 2012

From LCD's farewell film to the next 'Bridesmaids,' we'll be braving slush puddles in Park City to cover these promising movies 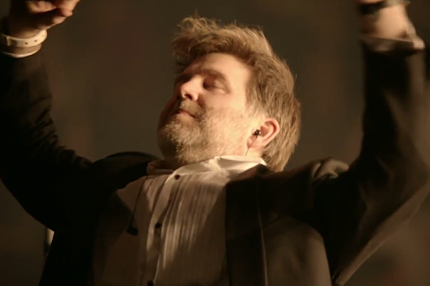 Starting Friday, SPIN will be getting our feet wet, perhaps literally, for our first-ever Sundance Film Festival blog, delivering daily posts and interviews from Park City, Utah, where there are too many promising premieres to count — though that won’t stop us from trying. Even before the screenings get underway, themes are emerging: There will be fictional rappers alongside actual ones; there will be relationships gone sour or else downright rancid; there will be hipster dudes (despite the disavowing title I Am Not a Hipster) and hip parents; there will be low-fi thrills (V/H/S) and low-key performances; there will be the people you already know (Spike Lee) and the people you soon will (Lena Dunham). Basically, there will be lots and lots of movies. Here are our 20 most anticipated films of Sundance 2012 (and more info on SPIN’s special Sundance events with Bing):

Movies About-or-Loosely-Related-to Music
At the top of this list are two documentaries: Shut Up and Play the Hits chronicles the last 48 hours of LCD Soundsystem’s existence and features a frank interview between James Murphy and former SPIN writer Chuck Klosterman, while Something From Nothing: The Art of Rap, directed by Ice-T, sees the Law & Order:SVU star interviewing everyone from Eminem to Afrika Bambaataa.

Several feature films are in the mix here, too. Filly Brown follows a female hip-hop artist (newcomer Gina Rodriguez) as she confronts the cost of selling out while This Must Be the Place stars Sean Penn as a goth musician (!) looking to confront the Nazis who tortured his father. Speaking of fathers, For Ellen finds Paul Dano (There Will Be Blood) playing a struggling musician fighting for custody of his daughter. On a similar note, the much-hyped The End of Love concerns a struggling actor (Mark Webber, who also directs) rising to the occasion of single parenthood after his wife dies. No, this doesn’t directly refer to music, unless someone wears a band T-shirt, but since costars include Michael Cera and Shannyn Sossamon, it’s not impossible. The equally sad-sounding I Am Not a Hipster focuses on an L.A. singer-songwriter coming to terms with his mother’s death.

Big-Deal Premieres
After the success of last year’s one-word bridal comedy, expectations are high for Bachelorette, which stars Kirsten Dunst, Isla Fisher and Lizzy Caplan as bridesmaids who must plan the bachelorette party of a girl they called Pig Face in high school. It sounds even more irreverent than Bridesmaids — the characters are described as “armed with an endless supply of coke and booze,” which is great so long as nobody poops in a sink. Red Lights also promises to be popular with festival-goers. Directed by Rodrigo Cortes (Buried), it stars Cillian Murphy, Sigourney Weaver, the other Olsen (Elizabeth), and Robert De Niro as a blind psychic whose abilities threaten the worldview of a paranormal investigator. (At last, that teaser trailer makes some sense.) Finally, Red Hook Summer (pictured right) is a Spike Lee joint, one that could be reminiscent of his oldest and most memorable films: A young boy spends the summer in a housing project and is forced to go to church with his preacher grandfather. This being Lee, and given the season, something explosive or controversial will surely happen.

Movies Featuring Some of SPIN’s Favorite TV Stars
The aforementioned Lizzy Caplan has been on the rise since Mean Girls with roles in Party Down and New Girl. In Save the Date, she gets caught up in an intense rebound relationship; Mark Webber and Martin Starr costar. (For the love of Haverchuck, why doesn’t Starr get as many roles as Jason Segel and Seth Rogen?) Ari Graynor, who played the drunk friend in Nick & Norah’s Infinite Playlist and rescued it from indie miasma, also has two movies at Sundance: In For A Good Time Call, she and Lauren Anne Miller (Rogen’s wife) star as frenemies who move in together and launch a business that doesn’t involve baking cupcakes. She also plays a supporting role in Celeste and Jesse Forever (pictured right), which marks Rashida Jones’ writing debut. Parks and Recreation’s sweet-tempered Ann together with Andy Samberg play exes attempting to stay friends following their divorce. And in Smashed, Aaron Paul — the exquisite, shambolic and oft-overlooked sidekick to Brian Cranston’s drug kingpin on Breaking Bad — plays an alcoholic confined to a codependent relationship with Mary Elizabeth Winstead (Scott Pilgrim Vs. the World).

Elsewhere, Tim and Eric’s Tim Heidecker and Eric Wareheim (whose Billion Dollar Movie is also at Sundance) star in The Comedy, “a scathing look at the white male on the verge of collapse” set in Brooklyn’s Williamsburg. Sounds about right. Meanwhile, Nobody Talks takes place in the other self-proclaimed artistic enclave: Olivia Thirlby (Juno) plays a young artist in Silver Lake, California who moves in with a couple, played by John Krasinksi and Mad Men’s Rosemarie DeWitt. This film is mainly notable for being cowritten by Tiny Furniture’s writer/director/star Lena Dunham (come April, when her HBO series Girls premieres, everyone will have heard of her). And, finally, How I Met Your Mother’s Josh Radnor returns with Liberal Arts, the second film that he wrote, directed and starred in. In what will strike no HIMYM fan as a stretch, Radnor plays a thirty-something who’s unlucky in love and returns to his college campus where he flirts with a beautiful undergrad. It might sound too similar to Radnor’s tepidly-received happythankyoumoreplease, but the impressive cast includes Richard Jenkins, Allison Janney and Elizabeth Olsen.

Movies Within Six Degrees of Separation of Mark Duplass
Granted, maybe this category seems like a stretch, but several of the films on our must-see list could easily be linked to The League star, who appears to be transitioning out of his mumblecore period without shedding those associations. In Safety Not Guaranteed (pictured right), Duplass and Aubrey Plaza (Parks and Rec) play magazine writers — one of whom is, hmm, incredibly acerbic — investigating the personal ad of a man seeking a time-travel partner. Duplass also wrote Black Rock, which his wife, Katie Aselton, directs and stars in and which sounds like a thriller on par with The Descent: Three friends travel to a remote island where things. Go. Wrong. Meanwhile, Lynn Shelton, who directed Duplass in 2008’s surprisingly affecting Humpday, returns with Your Sister’s Sister, a complicated love triangle that unfolds in a remote cabin and stars Emily Blunt, Rosemarie DeWitt and…Mark Duplass. Finally, there’s V/H/S, an anthology that’s in part directed by Duplass’s colleague Joe Swanberg — the two worked together on the latter’s Hannah Takes the Stairs. Here, petty criminals are tasked with retrieving a piece of found footage, but they must sort through a series of horrifying videos to find the right one.

And this is only for starters! We’ve left out Simon Killer, Shadow Dancer, West of Memphis, Wish You Were Here… Tune in to read SPIN’s full coverage of the festival. No more snow jokes, promise.