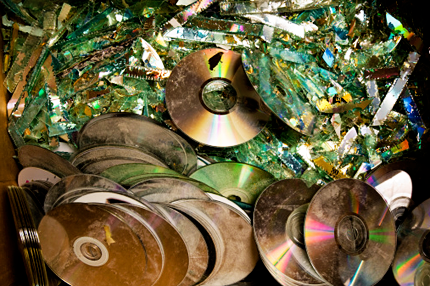 As you may have read, we’ve been going through a few changes here in the SPIN offices. We’re 26 years past our humble beginnings as an enigmatic little gazette that could handle two Frankie Goes to Hollywood essays in one issue; and we realize that your relationship with music writing has probably changed a little bit too. What follows is honestly the best we can do until we’re able to run our next Odd Future feature on Skyrim.

The standard music review, once presented as an imperious edict, has increasingly frayed into a redundant, gratuitous novelty in an era of fewer and fewer actual music consumers. Tight security on major-label albums (and practically no security on indie-label albums) often means you’re downloading a leaked album the same day as your favorite magazine or website. The value of the average rock critic’s opinion has plummeted now that a working knowledge of Google can get you high-quality audio of practically any record, so you can listen and decide for yourself whether it’s worth a damn… Um, but don’t tell anyone we said that, okay?

As a considered reaction, we’re introducing a new way of thinking about the entire enterprise. The @SPINreviews Twitter feed is a massive undertaking, aiming to be an exhaustively definitive listener’s guide and argument-starter for virtually every album or EP or mixtape that matters in 2012. Within the confines of a 140-character tweet, we’re hoping to take on more than 1,500 new records this calendar year alone, all reviewed by our eight in-house editors and a team of a dozen valued freelancers. As someone who survived writing 1,000 Tweet reviews in 2009, I can assure you it’s a project often as difficult to pursue correctly as a 1,000-word essay… and I wager it’s a lot more fun to read.

More than 1,500 reviews means more bands, more records, and more opportunities to explore under-covered genres like hip-hop, heavy metal, dance music, chart pop, world music, and the outsider avant-garde. As music criticism gradually evolves into a “downloader’s handbook,” SPIN would love to be there to help you decide which records are worth breaking the law to hear… and which are worth the price of owning a vinyl or CD keepsake. Think of this as a passionate cheat sheet, a jumping-off point to explore your own opinion and fandom. Or maybe just an easy way to call us tin-eared assholes from the safety of your smart phone.

Thankfully, this new plan also means no more overwrought 80-word blurbs on middling, nobody-cares bands where a grade of “6” or a “7” ultimately translates to “Hey, this exists; and it doesn’t totally blow!” We will review hip-hop mixtapes when they leak and major-label records when the major labels remember to send watermarks. We will review Bandcamp releases and box sets. We will review the wheat and the chaff and the stem and the leaves and the dirt. Yeah, we’re going to review a lot of friggin’ records.

Obviously, we wouldn’t want to do this to the complete exclusion of longform music criticism, a viable and under-appreciated medium in any year. We will still be posting about 20 longform reviews a month on SPIN.com. The very best records of the year will be given special consideration and placement, notated by the tag “SPIN Essentials.” You can read our first Essential review, a celebration of Guided By Voices’ triumphant return, Let’s Go Eat The Factory, written by SPIN magazine’s editor-in-chief Steve Kandell.

So yeah, follow our new Twitter account to watch the curated madness unfold. SPIN would love to spend the last years of the music industry with you! — Christopher R. Weingarten, Senior Editor