Right as Rain: Adele Will Sing at Brit Awards 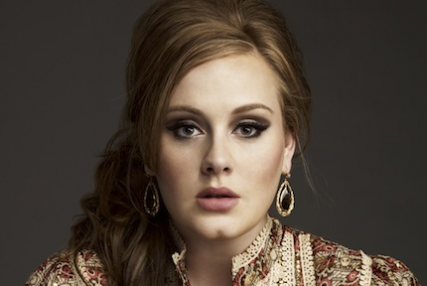 It didn’t take Adele long to return triumphant from the breakup that inspired the British singer’s industry-buoying 21, so of course she’s wasting no time coming back from throat surgery. The “Rolling in the Deep” and “Someone Like You” belter will sing at the Brit Awards — England’s equivalent of the Grammys — in London on February 21, event organizers have announced. But the 23-year-old force of nature might be back onstage even sooner than that — odds are good she’ll perform at the 54th Annual Grammy Awards on February 12, unnamed sources told the Hollywood Reporter.

Adele, who was also nominated for six Grammys, leadsthis year’s crop of Brit Awards nominees. She’ll be facing off for Best British FemaleSolo Artist, along with Best British Album of the Year for 21 and Best BritishSingle of the Year for “Someone Like You.” After the nominations were announced lastnight, she tweeted, “fucking happy, thank you for the nods xx.” Vocal cord surgeryforced the singer to scrap a sold-out U.S. tour last fall.

Coldplay, also tapped to perform at the Brit Awards, earned nods for Best British Groupand Best Album of the Year for Mylo Xyloto. Rihanna and Florence + the Machineare also among nominated artists set to perform, as well as Bruno Mars and British singer-songwriter Ed Sheeran.

As previously announced, Blur will receive a lifetime achievement awardat this year’s Brits. Damon Albarn and the boys will also be performing. Modernlife? Still rubbish.