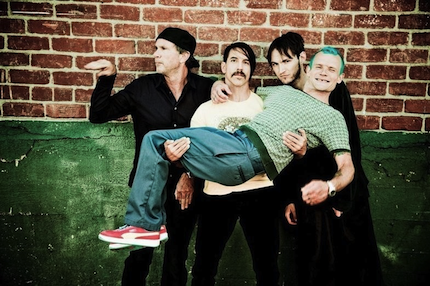 The photo of Anthony Kiedis hobbling around on crutches posted on TMZ this morning was not a beacon of good news: According to the Red Hot Chili Peppers’ official website, the band is postponing its tour because its frontman is on the DL. “Red Hot Chili Peppers regret to announce that they must postpone the start of their upcoming U.S. tour due to multiple foot injuries sustained by Anthony Kiedis,” a statement reads. “Anthony recently underwent surgery to remove a crushed sesamoid bone and correct a detached flexor tendon in his foot and is expected to make a full recovery.” A few more surgeries and Kiedis will be eligible for our list of the most durable rock stars alive.

If you’ve got a ticket to one of the postponed dates, hang on to it — all tix will be honored at the rescheduled dates, which are scattered from March through October. The tour was supposed to start January 20 in Sunrise, Florida, but the band’s new first date is March 29 in Tampa Bay.

Here are the old dates, new dates, cities, and venues. Note that they are now mostly out of order: