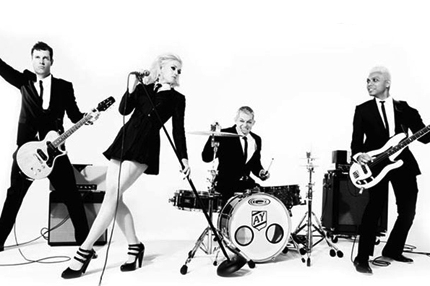 January 2009: After five years of no touring, and eight years of no studio albums, No Doubt announces that they will embark upon a 52-date North American tour, with Paramore as their openers.

May 2009: The band is featured on the cover of SPIN. We say they’re back in the saddle!

May 2010: The band tweets photos of the whole gang, together again, announcing that they had returned to the studio together for the first time since Rock Steady.

July 2011: The band tweets photos — again — of their recent studio sessions, revealing that they were working with Major Lazer on the new record.

September 2011: The band publishes a blog post on their website that explains that the album needs more massaging, and that a 2011 release, as previously promised, was looking more like a dream than reality.

January 2012: Tony’s aforementioned tweets about being in the studio — again. A few days before his latest tweet, No Doubt’s feed posted, “Gwen we’re gonna Skype you in 10. New chord idea for Dreaming! Try to stay up.”

We’ll say this: At least the band looks extremely happy to be in the studio. But it’s been 11 years — 11 years! — since Rock Steady. Prior to this, the group’s longest gap between albums was the five-year period between 1995’s Tragic Kingdom and 2000’s Return of Saturn, and the latter was about 1/10 as successful as the former.