Fan takes the helm on latest clip from 'Killjoys' 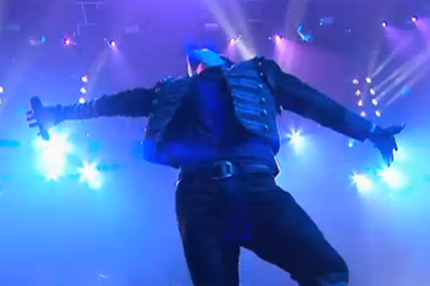 There was a time, just six years ago, when one could profitably, if controversially, claim My Chemical Romance was “this generation’s Nirvana.” (New York magazine critic Nitsuh Abebe reflects on that moment in a wonderful recent essay.) The argument at the time had something to do with demographics — the thirtysomethings had the music-writing jobs, but the teenagers had the numbers — whereas now MCR lead singer Gerard Way is 34, and it’s looking increasingly like media fragmentation has rendered the idea of a new Nirvana irrelevant. The closest we’ve come, in terms of generation divides at least, might be the rise of American electronic dance music represented by last year’s SPIN cover star Skrillex (read our review of his new Bangarang here).

Way became a father in time for My Chem’s 2010 Danger Days: The True Lives of the Fabulous Killjoys, and the beautiful thing is, the New Jersey emo-punks have continued to draw new legions of younger fans. As the Hollywood Reporter points out, 21-year-old Emily Eisemann put together a collage-style YouTube video called “My Chemical Romance – Celebrating 10 Years as a Band,” which inspired Way and the gang to ask her to take a similar approach as the director of a new video for Danger Days single “The Kids From Yesterday.” Watch the band behind 2006’s The Black Parade take a walk down memory lane, plus see Eisemann’s original video: