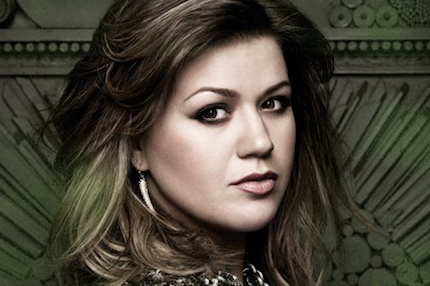 Who better to soundtrack the most-watched game in sports than the original hero of America’s most-watched music show? That appears to have been the NFL’s thinking, anyway, as inaugural American Idol Kelly Clarkson will sing the “Star Spangled Banner” at the Super Bowl, according to the Associated Press. In what might have been the most crucial qualification following Christina Aguilera’s infamous anthem flub last year, Clarkson has proved more than once she won’t forget the lyrics.

While an official announcement is due later this month, a “person familiar with Super Bowl entertainment plans” confirmed the news to the AP on the condition of anonymity. Clarkson joins a Super Bowl lineup that includes Madonna, who will headline the halftime show (along with Nicki Minaj and M.I.A., rumor has it) and country music pair Miranda Lambert and Blake Shelton, who will sing “America the Beautiful” in the pregame ceremonies. Which just goes to show that even as the media environment continues to fragment, the few remaining mass-audience events can still find something to please just about everybody.

The Super Bowl takes place February 5 at Lucas Oil Stadium in Indianapolis. Clarkson already has the 2011 Indianapolis 500, Game 3 of the 2012 World Series, and Major League Baseball’s 2009 opening-day game at Yankee Stadium on her “Star Spangled Bannger” résumé, so she was a natural choice for the NFL. She isn’t the first Idol champ to sing the Super Bowl’s anthem, following on the heels of Jordin Sparks, Jennifer Hudson, and Carrie Underwood in each of the three years preceding Aguilera’s widely mocked 2011 miscue. Clarkson, it’s safe to say from this past weekend’s Saturday Night Live performances, should be, dare we say, Stronger.

Don’t forget to check out where Clarkson’s album landed on SPIN’s 20 Best Pop Albums of 2011.

Review: Kelly Clarkson’s Meaning of Life Is a Puzzling Return to the Start of Her Career