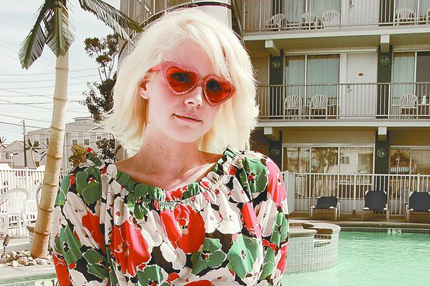 Unlike Lil Wayne, Lana Del Rey might be trying to remind us that she’s still a human being: Not only did she recently (and, okay, unwittingly) help a band get big in Germany, now she’s planning on re-releasing her 2010 album, when she was known as Lizzy Grant.

In an interview with BBC News yesterday, Del Rey said that she had recently bought back the rights to the album she recorded in 2008 and released in 2010, Lizzy Grant aka Lana Del Ray, which both Paul McCartney and producer David Kahne worked on, from the independent label that released it. According to the interview, the record may be released this summer.

The previoussort-of-release of Del Rey’s Lizzy Grant album by Stranger Records fell flat by any standards. There was no official contract or agreement, her manager told Billboard, and as Del Rey recalls, the label was financially unable or unwilling to push the record; as a result, according to the BBC, the record existed on iTunes for about two months and then disappeared. But they’re hardly hidden: Now that her cyber-punching-bag period is in full force, Del Rey said that all 13 tracks are still out there, on YouTube, and thatshe’s still proud of them.

Could the resurrection of Lizzy Grant be what Lana Del Rey needs to be redeemed?If this pre-“Video Games” track “Pawn Shop Blues” is what the whole album sounds like, it just might be.