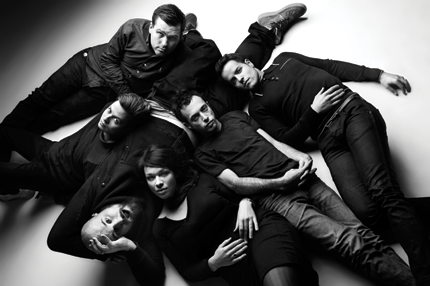 As if bashing out SPIN’s No. 1 album of 2011 wasn’t enough cause for celebration, Fucked Up have their favorite annual holiday festivities to prepare for: the Chinese New Year. On February 7, the majestic David Comes to Life pummelers will release “The Year of the Tiger,” their fifth 12″ single devoted to an animal of the Chinese Zodiac. Featuring director Jim Jarmusch, dark synth-popper Austra, and Annie-Claude Deschênes of “Black Flag”-waving post-punks Duchess Says, the 15-minute A-side will evidently be streaming in the widget below as soon as it comes out. In the meantime, psyche yourself up by using the same widget to hear Fucked Up’s four previous Chinese New Year singles since 2006, all of which are totally batshit.