'It's R&B but hella progressive' 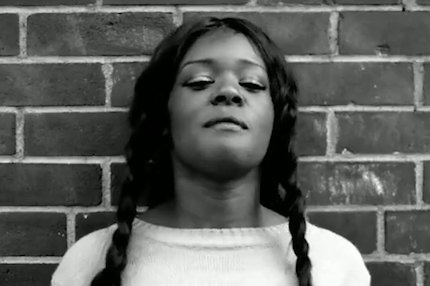 January 16 happens to be the day the post office, the banks, and in a lot of places the schools are observing Martin Luther King Jr.’s birthday this year, but it’s the late R&B goddess Aaliyah’s birthday every year. Just in time for what would have been the “One in a Million” singer’s 33rd comes a “One in a Million”-sampling new song from upcoming Coachella performer Azealia Banks. The Interpol-covering Harlem rapper has been burning up the internet lately with harder-edged tracks like “212” and “Liquorice,” but she shows off a sweeter, lighter touch on “NEEDSUMLUV,” produced by Sepalcure half Travis Stewart a.k.a. Machinedrum. “It’s R&B but hella progressive,” Banks has tweeted of the song, further explaining that it’s about being a guy’s No. 2 girl “but still sticking around in hopes of becoming No. 1.” On the basis of the futuristic syncopated rhythms and airy playground melodies here, the recent Scissor Sisters collaborator is No. 2 with a bullet.