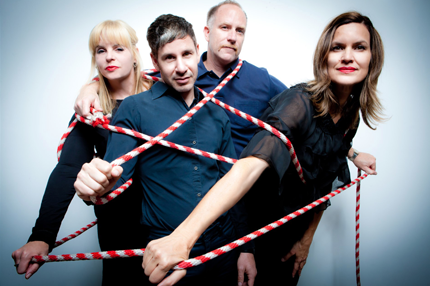 Feel the Sound is Imperial Teen’s first new album in five years, but you wouldn’t know it from the sterling collection of beautifully arranged, melody-rich pop songs on display. The San Francisco-based band led by former Faith No More keyboardist Roddy Bottum shows no signs of rust on its fifth studio album, which we’ve got streaming for you in its entirety.

Tracks like “Runaway” and “All the Same” are pocket epics — reminiscent of the New Pornographers or the music ELO was making in its mid-to-late-’70s heyday — brimming over with lush vocal harmonies, lovely instrumental counterpoint, vintage-sounding keyboards, and perfectly-deployed crunchy guitar. Feel the Sound is out January 31 on Merge, just in time to help overcome a case of the February blahs.