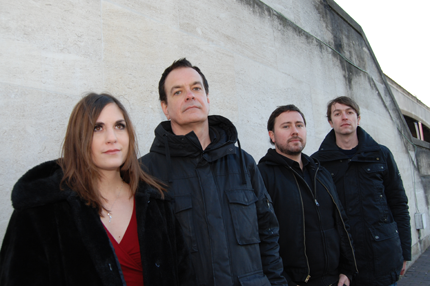 “I like to discuss the way people react to each other in relationships. And the most interesting situations are the most extreme. It’s either the beginning or the end.” So says Wedding Present frontman David Gedge, detailing his time-tested lyrical mission as it pertains to “You’re Dead,” the crunchy opening volley from Valentina, his legendary outfit’s first full-length since 2008’s Albini reunion El Rey. The track was also written with a video game’s kill screen in mind. It’s “one of those statement tracks” he says. “It announces itself.” Agreed.

Valentina is due to drop sometime in March via Scopitones, in conjunction with a full-blown tour of North America that will include performances of the band’s 1991 landmark LP, Seamonsters, in its wondrous entirety.