The hedonistic, 17-piece disco crew goes for broke on their first full-length 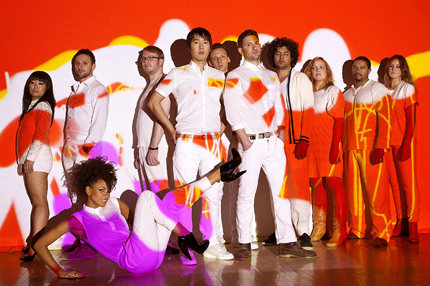 It is no secret that we adore Brooklyn’s lush, 17-piece disco orchestra Escort. With a love of Michael Jackson, Tom Tom Club, Kid Creole, and Salsoul sides, they’ve turned their luxurious five-year run of 12″s into a monumental debut album that we’re already tagged as one of 2012’s first SPIN Essentials.. Our writer, Marc Hogan, praises their “instant gratification,” their recipe for “disco at its urbane, hedonistic best” and existing “like ‘Disco Duck’ never happened.”

But why listen to us babble on? Hear the whole thing below because we know you don’t want to be Googling “ESCORT” at work. Here’s an exclusive SFW stream. Listen while reading that review again.