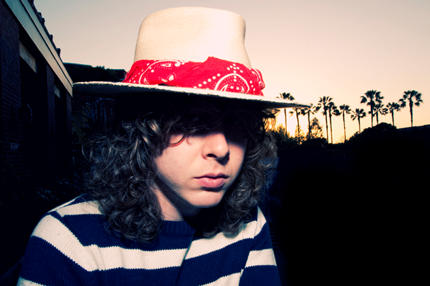 Like so many great songs, Ben Kweller’s new power-pop tune “Mean to Me” was inspired by somebody being an asshole. The track was the first the 30-year-old singer-songwriter penned for Go Fly a Kite, his fifth studio album — and debut for his label, Austin-based the Noise Company — which is due February 7, and he tells SPIN that in the end, the experience gave him the perspective he needed to get his creative juices flowing. This one comes with a wicked riff, a blown-out guitar solo, sweet harmonies, and even sweeter horns. Read Kweller’s tale of the track and grab “Mean to Me”:

“I was on tour in Australia, and I remember the exact hotel room I wrote it in. I had just gotten in a huge fight with a girl I knew — a friend, I thought. She was the kind of person who talks behind everyone’s back, plays both sides, and pits everyone against each other. She’s the ‘deepest cut’ from L.A. that I mention in verse two. While I despised the person at the time, I am quite grateful now for all the problems she caused. She helped me see clearly the negative things around me at the time, which spawned great songs like ‘Jealous Girl,’ ‘Gossip,’ and ‘I Miss You.’ These were the bedrock songs of the album. So, thank you anonymous girl, for making my life a living hell! On the flip side, when negative shit happens, it shines the light on the positive. The chorus says, ‘You don’t know what you mean to me,’ which can be can be about holding in negative feelings towards someone, but in my mind this chorus is for everyone I’ve loved, who’s been there for me in the past. It’s a big thank you of sorts and a big out-of-control guitar solo. Enjoy.”