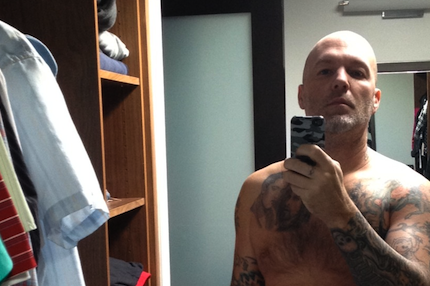 The last time we heard from Fred Durst, the Limp Bizkit frontman’s band was going independent and the face of rap-rock himself was signing a deal for a half-hour CBS sitcom with a working title of Douchebag. While we eagerly await Durst’s indie-music and network TV debuts, he’s been up to more immediately bloggable things. Namely, live-blogging his insane 60-day juice fast.

Like so many dieters, Durst kicked off this self-abuse scheme on January 2, and he’s been documenting his progress on a Tumblr blog and Twitter account. Or he had been documenting it: After four days of discouraged but consistent posting, updates have grown sparser in recent days. Please note: On day 4, he ate an oatmeal cookie: bad for a diet, but better than sticking it up his yeah!

Yesterday, as Gawker pointed out, Durst broke a several-day silence to acknowledge that, you know what, living off only liquids might be a little bit misguided. “I haven’t seen any significant results yet,” he wrote. ” That’s why I haven’t been very excited to post anything.”

In the post, Durst noted that he has lost roughly two pounds and is feeling “clear and inspired,” but in other ways feels frustrated. “I guess it’s my own personal baggage that’s lugging around behind me. All comes to the forefront on a diet like this. Bullocks [sic],” he wrote. “I’m going to dive into a heavy cardio, sit ups, and weights routine on Monday. I’m sure that’s the next level of fulfillment.” And so the guy from Limp Bizkit continues his search for nirvana.