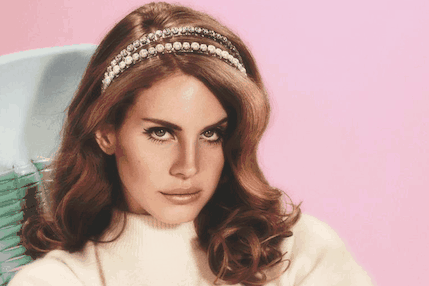 Patriotic themes are, for better or worse, universal, at least in the nation they’re being patriotic about. And, as artists from Bruce Springsteen to scruffy Massachusetts electro-pop brats DOM have found, sometimes a song with a vaguely patriotic-sounding lyric can turn a few heads even if the actual gist of the lyrics happens to be critical, sarcastic, or, as in the case of Lana Del Rey’s newly surfaced “National Anthem,” almost a total non sequitur.

“National Anthem,” according to All Music set to be the closing song on Del Rey’s forthcoming Born to Die, has more in common with DOM’s 2010 blog hit “Living in America.” Not just because the singer-songwriter also known as Lizzie Grant’s latest attempt to meld bassy hip-hop swagger with analysis-friendly indie-kid crunch bears an overall sonic similarity to the Sun Bronzed Greek Gods track, which Worcester’s finest have since remade with none other than Gucci Mane. No, also because in Dom’s song “it’s so sexy” to reside in a country where Rick Santorum is considered a legitimate presidential contender, and because Del Rey, like “H.W.C.”-era Liz Phair, appears to want nothing so much as to be sexy.

Unfortunately, again like Phair in her porn-star Avril Lavigne phase, Del Rey mistakes sounding sexy (think Beach House, or that White Hinterland album people keep sleeping on) for frankly conveying sexual submissiveness. “Tell me I’m your national anthem,” she proclaims on the booming hook, which sounds deliciously absurd and potentially powerful, but she instantly undercuts it with her usual “hood Lolita” little-girl-lost routine (“Heaven’s in your eyes,” really?).

Still, you might say: She’s buying drugs! And he can’t keep his pants on! So singing the verses like the listener is kissing her neck is subversive rather than weirdly old-fashioned, a throwback to the (admittedly au courant) pre-feminist past of Mad Men and Marilyn Monroe! I don’t buy it. And sure, as on The-Dream’s new, equally sex-minded “ROC,” money is a major factor on “National Anthem,” but here it just sounds spent. Which is what the more conspiracy-minded of Del Rey’s sometimes overly hectoring detractors have been saying all along.

“National Anthem,” then, might well be to potentially edgy songs with faux-patriotic overtones what the Supreme Court’s 2010 decision allowing unlimited corporate spending appears to be heading toward in presidential nominating campaigns: a Mitt Romney, all things to all people, but always slightly “off” somehow, and forever likely to face ultimately irrelevant questions about “authenticity.”

Decide for yourself when the freshly minted fashion model appears on Saturday Night Live on January 14, or when Born to Die lands on January 30. Listen to “National Anthem” over at the Quietus — the song keeps getting yanked from YouTube.