Standout track: 'You Have to Ride the Wave,' with guests Danny Brown and Mr. Muthafuckin eXquire 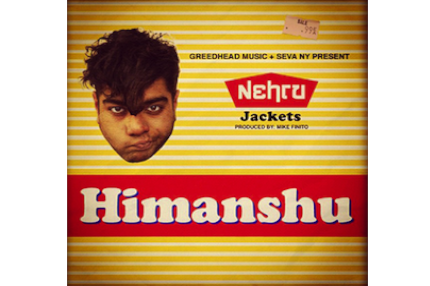 Das Racist’s Himanshu Suri has finally dropped his free Nehru Jackets mixtape, released in partnership with awareness-raising Queens group SEVA NY. Produced entirely by Heems’ longtime pal Mike Finito, the tape follows Kool A.D.’s mischievously hard-partying The Palm Wine Drinkard as the second of a planned three mixtapes from the New York rap trio (yes, hypeman Ashok “Dapwell” Kondabolu will apparently be dropping a tape of his own). Full disclosure, Nehru Jackets takes a page out of G-Side’s iSland playbook and shouts out the band’s coverage in SPIN — in this case a cover story.

Incorporating Indian samples beneath Heems’ dry, acerbic stream of consciousness, Nehru Jackets features an impressive list of guest rappers, including Action Bronson, Despot, Childish Gambino, and fellow DR member Kool A.D., among others. But a clear standout so far is “You Have to Ride the Wave,” with guests Danny Brown and Mr. Muthafuckin eXquire. It would be wrong to spoil any of the densely tangled stupid-smart punchlines, but suffice it to say three of the MCs most comfortable in their own skin right now trade rhymes over an eerily droning beat, introduced by a sampled quote from Booker Prize-winning Indian novelist Arundhati Roy. The results can be hilarious, thrilling, and if you’re in the mood, probably viciously political, too.