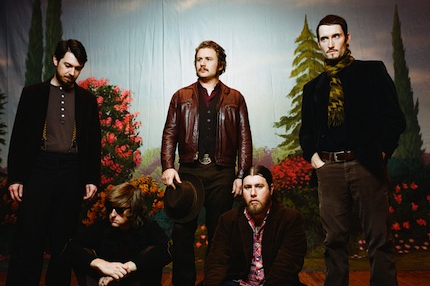 Coldplay, Mumford and Sons, and My Morning Jacket are following Jay-Z’s lead, sort of: All three acts will be leading lineups at charity gigs in the coming months.

Coldplay and Mumford will be joining Jon Stewart, Stephen Colbert, and Russell Brand at the first-ever stateside Secret Policeman’s Ball, a comedy and music event held sporadically in the U.K. to benefit Amnesty International. The event, founded in part by John Cleese in 1976, hasn’t been held since 2008; that year, it featured performances by Eddie Izzard and Keane, among others. In the past, acts like U2, Lou Reed, and Kate Bush have performed at the Balls. This year’s event will be held March 4 at Radio City Music Hall.

Further south and a few months later, MMJ will be headlining/co-curating the 10th annual Forecastle Festival, which takes place in their native Louisville’s Waterfront Park. Each year, the fest teams with its headliners to “choose philanthropic partners” to support, in addition to booking fest bands and late-night shows. MMJ have a track record for this kind of thing — in the past, they have donated a portion of individual ticket sales to local education and environmental activist organizations in Louisville. This year’s Forecastle hits town July 13-15.

Tickets go on sale this Friday (Jan. 27) for Forecastle and on Monday (Jan. 30) for Secret Policeman’s Ball.