With pyromania and frying pans as weapons, this clip gets seriously vicious 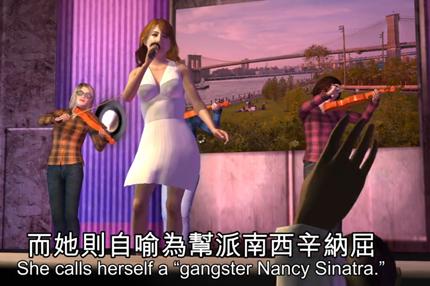 We are honored to announce that SPIN has finally made its animated-news debut: Today’s NMA World Edition features the controversy surrounding everyone’s favorite pop-culture punching bag du jour, Lana Del Rey, and her “evisceration” by American critics. In possibly the best clip to hit the Internet all day, a woman wearing a SPIN T-shirt joins her evil cohorts at Billboard and Pitchfork to viciously beat a stork-delivered Born to Die CD into smithereens with… a frying pan? We didn’t realizeour review ofBorn to Diewas that bad. (Psst: It wasn’t!)

Our cameo is far from the best part, however. In the minute-long clip, Lana Del Rey receives a Hipster Runoff crown, performs with a beflanneled violin trio and a backwards hat and “gangster” chain necklace, and even gets set on fire by her own “handlers.” Yikes, and they said we were too harsh. Judge for yourself, and while you’re at it, read our more in-depth feature of the LDR phenomenon,Deconstructing Lana Del Rey.