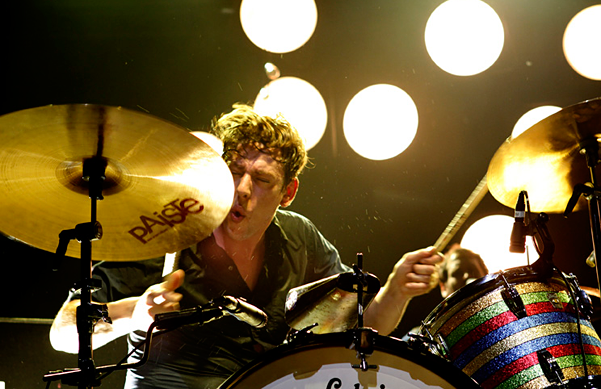 • Ladies and gentlemen, start your listing… now. SPIN posted our 20 Best Songs of 2011 and 40 Best Rap Albums of 2011 countdowns, and the authors of an excellent new oral history on MTV shared their picks for 1991’s 10 Best Videos. Up next week: our 50 Best Albums of the Year and much more.

• It was a week of big announcements, too! The Rock and Roll Hall of Fame named the class of 2012, which includes Guns N’ Roses, the Beastie Boys, and the Red Hot Chili Peppers. And the Afghan Whigs revealed they’ll be reuniting for their first live shows in 13 (!) years, including a pair of All Tomorrows Parties festivals. We celebrated by looking back at the making of Naughty by Nature’s 1991 smash “O.P.P.” (That’s not really why, but we did it anyway.)

• We got an inside look at the War on Drugs’ life on the road and relived all the hot arty action from Art Basel in a pair of incredible photo galleries. SPIN also grabbed some live shots of the Black Keys’ album release show (those guys had a pretty busy week, too).

• White Rabbits told us their next album is inspired by Beyoncé, School of Seven Bells revealed their upcoming disc is inspired by rock’n’roll, and the Fresh and Onlys said they want their next disc to punch us all in the gut. Also: Trey Anastasio is in the studio with members of the National!