Trent Reznor Doesn’t Know Where His Grammys Are

'Why don't the Grammys matter? Because it feels rigged and cheap' 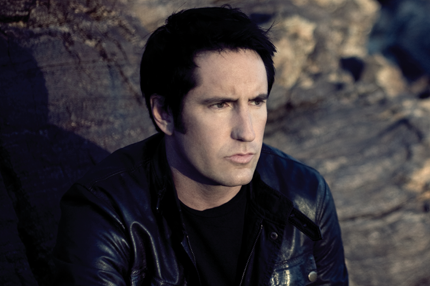 There’s a really old episode of The Simpsons where Homer gives away a trophy he wins with his singing group, the Be Sharps (it’s kind of a long story). “Wow, an award statue!” exclaims the lucky recipient, who then sneers, “Aw, it’s a Grammy,” and flings the offending object from a balcony. (An off-screen voice shouts back, “Hey, don’t throw your garbage down here!”) This is all to say: Trent Reznor is a little like Homer Simpson.

According to the Hollywood Reporter, the former Nine Inch Nails frontman lost track of his Grammy Awards over the course of several moves, and he isn’t in a hurry to find them again. “Why don’t the Grammys matter?” Reznor, whose NIN won two Grammys and was nominated for 12, is quoted as saying. “Because it feels rigged and cheap — like a popularity contest that the insiders club has decided.”

Reznor’s dismissive take on the Grammys comes shortly after singer-songwriter Justin Vernon, whose Bon Iver recently nabbed four Grammy nods, was forced to backpedal from his own Grammy-targeted derision. Asked 10 months earlier about the awards, Vernon told the New York Times he felt they were “ridiculous.” After the Times recently published the remarks, he tweeted that there was “room to grow, but I agree mostly.”

As for Reznor, he’s certainly no stranger to awards. Just this morning, he and musical partner Atticus Ross received a Golden Globe nomination for their The Girl With the Dragon Tattoo score, an award they won last year for their work on David Fincher’s 2010 film about Facebook, The Social Network. And of course, The Social Network also landed the two an Oscar. “Winning the Academy Award, I’m not ashamed to admit it,” Reznor’s quoted as saying. As the Hollywood Reporter points out, however, The Social Network score failed to receive even one Grammy nomination.