The Southhampton, UK, bruisers unleash the first nibble from their upcoming 'Sweet Sour' 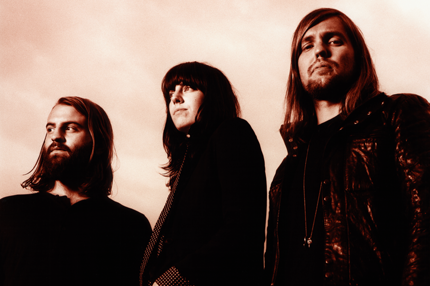 SPIN would like to thank the scruffy, meaty Southhampton rockers Band of Skulls for reviewing their new album Sweet Sour in the album title, saving us hours of actual listening and analyzing.

Due February 21 via Vagrant, the second record from SPIN’s “Hot New Trio” of 2009 is a monstrous crunch-off: metal-sized riffs and sugary harmonies existing in some nebulous region between My Morning Jacket and Mastodon. Be the first to hear the first single and title track, three minutes and 30 seconds of doomladen retro-chug that sounds like Jack White gone Black Sabbath.