'This time around, I wanted to do something that encompassed all I love in rock'n'roll music,' Jason Pierce says 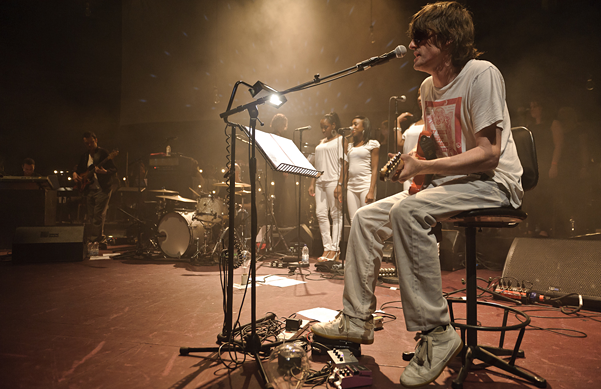 Space-rockers Spiritualized will release another set of laser-guided melodies next March when J. Spaceman, a.k.a. Jason Pierce, and his new Floating in Space crew welcome their new album Sweet Heart Sweet Light. The 10-track LP, the group’s first studio album since 2008’s excellent Songs in A&E, was recorded over the past two years in Wales, Los Angeles, and Reykjavik and mixed in Pierce’s own house. Fat Possum will handle the release.

“When you make a record, it has to be the single most important thing in your world. This time around, I wanted to do something that encompassed all I love in rock’n’roll music,” Pierce said in a statement. “It’s got everything from Brötzmann and Berry right through to Dennis and Brian Wilson. I’m obsessed with music and the way you put it together and I don’t believe there are any rules.”

Pierce previously told NME that playing the band’s classic Ladies and Gentlemen We Are Floating in Space live in its entirety the past few years also inspired Sweet Heart, so that’s a very good sign. Watch Spiritualized perform a pair of Sweet Heart tracks, “Hey Jane” and closer “So Long You Pretty Things,” from the Other Voices festival at the Guardian. For some non-moving images, flip through SPIN’s shots from the band’s early October Space show at London’s Royal Albert Hall.