From exhaustive anthologies to rock's most fabled lost treasure, ten history lessons you can (occasionally) dance to 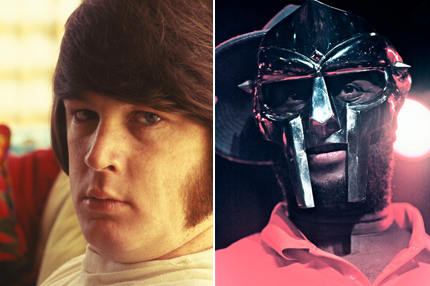 EDITOR’S NOTE: There are two ways (at least) to look at the apparently neverending glut of Reissues currently being churned out by the superstar-lacking, MP3-haunted music industry. One, the repeated repackaging of certain artists’ catalogues has reached a questionable, almost laughable extreme — Pink Floyd seemingly believe their fans smoked so much weed while listening to the Dark Side of the Moon, Wish You Were Here, et al. that they’re now just braindead zombies who will hooever up whatever’s left in the band’s dustbin from now until that infernal inflatable pig revolts and returns to seek vengeance on its minders. Two, the music industry has been so incompetent over the years, and has colossally botched the careers of so many worthy artists, that there is a fairly substantial backlog of out-of-print or overlooked or underappreciated albums that are in need of a fresh hearing. Our 2011 Best Reissues list, compiled by SPIN columnist Mike Powell, nods toward both ends of the spectrum — Brian Wilson repping for the how-much-is-too-much team and MF Doom and Mickey Newbury for the thank-God-it’s-about-time crew. Somewhere in the middle lies an awful lot of powerfully revelatory, if not essential, music. CHARLES AARON

10. Disco Inferno, The Five EPs (One Little Indian)
Disco Inferno were a chilly fart in the universe, the kind of arcane footnote alt-histories shame you for not knowing. The music — gray, expansive post-punk collage — is prophetic and difficult and all kinds of other important things, but what ultimately emerges is their sense of possibility, true and fearless.

9. Marvin Gaye, What’s Going On (UMe/Motown)
After a dutiful decade playing the ladies’ man for ?Motown, Gaye got significant. The sentiments here are general and despairing: Vietnam, “radiation.” But the sound is honeyed, feather-light. That contrast posits perpetual release as tension — weird, but uplifting. For protest music, it sure glides.

7. Various Artists, This May Be My Last Time Singing: Raw African-American Gospel on 45 RPM (Tompkins Square)
The “raw” in this collection’s title is code for ?”authentic”; “authentic” is code for “unpaid.” Still, the performers crowd around busted microphones and wield guitars that either aren’t tuned or can’t be. What they create is a touching mystery of faith: the sound of people who want it real bad and work with what little they have.

5. Various Artists, Watch the Closing Doors: A History of New York’s Musical Melting Pot Vol. 1 (1945Ã¢ï¿½”1959) (Year Zero)
It’s tough imagining two discs so radically varied coming out of the same city at the same time, but variety is the point. The music itself just detonates, track after astonishing track (from Billie Holiday to John Cage to the Paragons), a cubist portrait.

4. Louvin Brothers, Satan Is Real/Handpicked Songs 1955-1962 (Light in the Attic)
The Louvins crystallize country music between the woods from which it crawled and the Nashville metropolis where it gussied up and made bank. Singing powerfully and pure, they keep a firm grip on Bible leather, eyes fixed on heaven. This set — part reissue, part greatest hits picked by famous fans — illustrates their facility with murder ballads and hymns alike.

3. Various Artists, Opika Pende: Africa at 78 RPM (Dust-to-Digital)
No one box set can speak for Africa, and by focusing on previously undigitized material, Opika Pende doesn’t even try. There’s nothing of great historical consequence here, only obscurity after highly listenable obscurity, with hella illuminating liner notes.

2. Mickey Newbury, An American Trilogy (Drag City)
Newbury was a Nashville songwriter who spent the ’60s and ’70s writing uncountry ballads about staring meaningfully at the rain (he also tearfully interpolated “Dixie” and the “Battle Hymn of the Republic”). The happiest track here is about how much he loves that old-time music. Like everything else in his heart-wrenching songs, it’s long gone.

1.The Beach Boys, The SMiLE Sessions (Capitol/EMI)
Had Brian Wilson actually completed SMiLE 40-odd years ago, we probably never would’ve heard deluxe-edition proof of just how comprehensively he’d lost the plot. Instead, we’re given a five-disc Frankenstein, rife with anal-retentive snippets, that’s more of a dazzling masterpiece than the original might’ve been. America through a prism before rock’n’roll deflowered it.