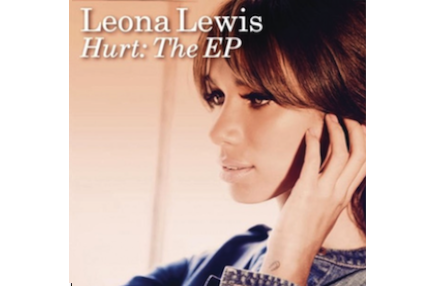 Leona Lewis, the former X Factor winner and “Bleeding Love” hitmaker, has covered “Hurt,” the majestically self-lacerating finale from Nine Inch Nails’ 1994 smash The Downward Spiral. Yeah, that’s right: the song about feeling dead inside that Johnny Cash transformed into a harrowing contemplation of his own mortality on one of his late-career albums with Rick Rubin. For all the inevitable wisecracks about how the Mariah Carey-eque British singer is “hurting” listeners, or music, or whatever, this actually isn’t such a bad thing.

As Cash’s cover showed in the first place, “Hurt” is a song with remarkably broad appeal, and its lyrics can take on whatever meaning a listener — or a singer — wants to invest in them. Cash’s tear-jerking rendition is great, but not exactly subtle, and c’mon, it’s not like Trent Reznor got famous by singing, “I want to mount you like a lepidopterist” — he hits you right over the head, often awesomely. So there’s still some life in this longtime NIN fan favorite, and complaining that someone has taken an already accessible song and made it even more universally accessible reeks of snobbishness.

For those of us whose tastes tend more toward the Man in Black’s baritone gravitas or Reznor’s angsty ambience, Lewis’ “Hurt” — the title track of a three-song EP just released today — will definitely fall short. But not gonna lie, it sounds like a hit: Lewis has one hell of a voice, and she blows up the song’s already-grandiose emotions with lofty acrobatics that the song’s previous singers, for better or worse, couldn’t match if they tried. She’s actually even remarkably restrained when she needs to be, whispering on the verses and only soaring into melismatic flourishes as the song peaks.

Imagine a Las Vegas version of a David Lynch movie: neon-lit, and square, but vaguely retro-creepy at the same time. Guitars with a dusky ’50s twang meet guitars bombastically crunching digital distortion. The almost-eerily discordant piano is squeaky-clean. The snare hits are huge enough to be heard in the back of arenas. And then there’s Lewis’ voice, expertly employing frilly cliches that years of adult-contemporary overexposure have rendered hokey and meaningless to most rock listeners — but employing them to convey a numbing pain that even in this sanitized rendition remains deeply affecting.

Reznor, a former junkie, wrote the song from the perspective of a heroin addict who damages himself and everyone around him. Cash’s genius was to make “Hurt” about his own impending mortality: “Everyone I know goes away in the end.”

If Lewis has a singular achievement here, it’s this: She’s turned “Hurt” into a song that can be about pop music, and feelings, and more specifically, how the artifice of a professionally crafted, suburban Lite-FM ballad can still express something awfully genuine. Think about it: “I focus on the pain / the only thing that’s real,” she sings. Later, she adds, “I will make you hurt … I will find a way.”

And the thing is, a lot of people who hear this really will hurt, right along with Lewis — and not just because they’re mad she’s a soccer-mom-friendly pop star covering a Nine Inch Nails song.

Listen to Lewis’ “Hurt” cover here, or above — while it lasts, anyway.