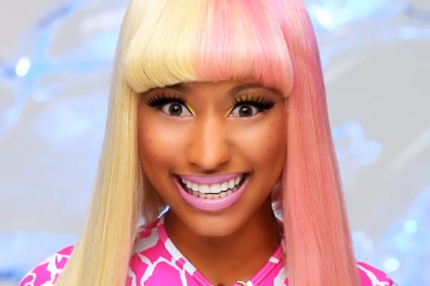 Roman, Roman, Roman! As Nicki Minaj promotes her new album, Pink Friday: Roman Reloaded, all the talk of the New York rapper’s Roman Zolanski alter ego is enough to make a weary pop fan sympathize with Jan Brady complaining about sister Marcia. In one recent interview, Minaj discusses new single “Roman in Moscow” as if her character’s storyline were as commonly known as a Harry Potter plot line, but in reality what exactly is happening is far less clear.

This much we can say for sure: Roman allows Minaj to tap into the fire-breathing, giddily nihilistic spirit that drew so many rap heads to her mixtapes, such as Beam Me Up, Scotty, as well as her guest appearances on others’ tracks. In other words, the bubblegum lightness of her smash hit “Super Bass” wouldn’t be Roman’s bag. She’s also said Roman is her gay-boy alter ego, telling Out last summer, “Roman is so flamboyant, so outspoken, so open, and, you know, creative.” With that in mind, here’s a quick recap of his role in her music, on 2010 debut Pink Friday and beyond.