Zapp and Orchestral Manoeuvres in the Dark had a daughter... 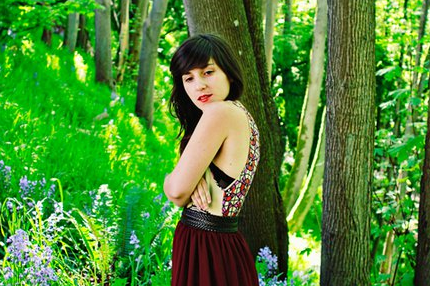 Nite Jewel, the lo-fi bedroom project of Los Angeles-based multimedia artist Ramona Gonzalez, will follow up her 2009 after-hours gem Good Evening on March 3rd with a new disc titled One Second of Love, her first on Secretly Canadian. On the title track, the synth-pop chanteuse sticks larger to the Good Evening script: Bursts of heavenly OMD-esque melodies, tightly programmed percussion, and her ethereal voice, all with a more polished sound. There’s also a stronger undercurrent of funk, as if collaborating with fellow Los Angelino Dâm-Funk has really rubbed off.

One Second of Love won’t arrive for another three months, but you can already familiarize yourself with the all the lyrics on the album — plus stream the previously released single “She’s Always Watching You” and its B-side “Sister” — over at Gonzalez’s official site.One Second Of Love by Nite Jewel

SPIN Overlooked Albums Report: The Goon Sax and Let’s Eat Grandma Are Teenagers of the Year