Latest album 'Gold Cobra' has sold only 63,000 copies in the United States 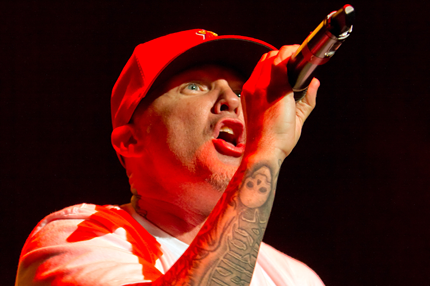 Fred Durst must really be hoping that Douchebag sitcom pans out for him. Limp Bizkit and Interscope are ending their relationship, SPIN has confirmed with a rep from the label. It’s the end of a nu-metal era.

Interscope is responsible for all the records Limp Bizkit has dropped on the world to date. That’s a discography spanning from 2000’s Chocolate Starfish and Hot Dog Flavored Water (which sold more than 8 million copies in the United States) — to this year’s Gold Cobra (which, according to Nielsen SoundScan, has sold only 63,000). While we like to think Interscope saw more in Limp Bizkit than numbers on a balance sheet, well, we’re really struggling to finish this sentence. The label also recently lost Die Antwoord, who split from Interscope over creative differences.

This doesn’t mean the end of Limp Bizkit, however. On the podcast “Poolside With Dean Delray,” Durst reportedly said the band was never as much about records anyway, adding that they’ll continue to tour now that they’re independent. “We were all about the live show,” he said. And here we thought they were all about the “Nookie.”