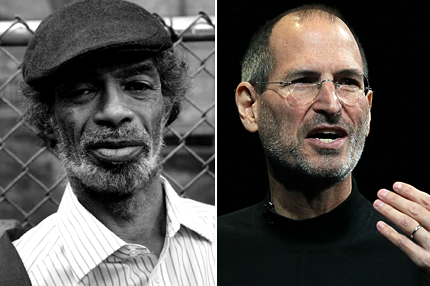 Hip-hop pioneer Gil Scott-Heron, southern rockers the Allman Brothers, and Steve Jobs will be honored with special Grammys at this February’s ceremony. Scott-Heron, who passed away in May, the Allmans, Diana Ross, the “Rhinestone Cowboy” Glen Campbell, and bossa nova star Antonio Carlos Jobim (Tom Jobim) will all receive the Recording Academy Lifetime Achievement Awards, which recognize their “brilliance, contributions and lasting impressions on our culture,” Grammy prez Neil Portnow said in a statement. Jobs — who forever changed how we all listen to music thanks to his iPod, iTunes, and Apple-based recording software — will join bandleader Dave Bartholomew and jazz engineer Rudy Van Gelder as the recipients of this year’s Trustees Award.

While the Grammy ceremony itself doesn’t allot much airtime to these honorees, there’s a good chance that Scott-Heron (and E Street saxophonist Clarence Clemmons) will be remembered with a tribute, like Mick Jagger performance for Solomon Burke at the 2011 Grammys. With Kanye West, Jay-Z, Lil Wayne, and Lupe Fiasco all nominated in the hip-hop category, there’s no shortage of rappers who will be eager to memorialize Scott-Heron, whose collaboration with Jamie xx We’re New Here placed ninth on SPIN’s Best Dance Albums of 2011 list.