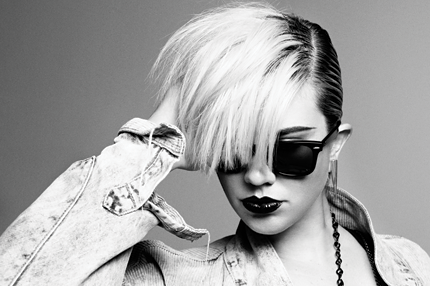 On solo debut Past Life Martyred Saints, SPIN’s No. 3 album of 2011, Erika M. Anderson “rips open her stitches and lets us crawl inside,” we wrote. The former member of noise-folk band Gowns must’ve had some more viscera she wanted to expose, as she’s all set to put out an iTunes deluxe edition of the album on February 7.

The expanded release adds a new bonus track, “To Leave With Love,” plus the videos for “California” (our No. 3 song of the year), “Milkman,” and “Marked.” Also included will be both the track and the clip for EMA’s take on Nirvana’s “Endless Nameless,” which the Northern California transplant recorded as part of SPIN’s Nevermind tribute.

If that still isn’t enough EMA spilling her guts out to last you halfway into next year, then she’s also heading out on tour. Check out the dates below, and then watch the “Endless Nameless” clip: