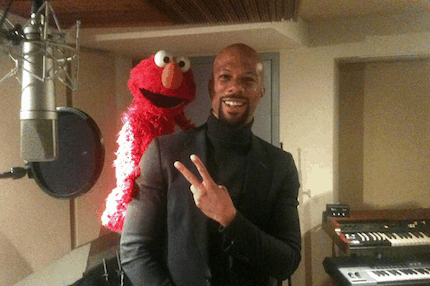 In conscious hip-hop circles, beefing with Maya Angelou ranks somewhere on the sacrilege meter between feuding with Gil Scott-Heron and waging war with Richard Pryor. However, Common has drawn the ire of Angelou after the rapper recruited the poet to appear on his song “The Dreamer” without informing her that he uses some “vulgar and dangerous” language on the track.

“I had no idea that Common was using the piece we had done together on [a track] in which he also used the ‘N’ word numerous times,” Angelou told the New York Post. “I’m surprised and disappointed. I don’t know why he chose to do that. I had never heard him use that [word] before. I admired him so because he wasn’t singing the line of least resistance.” No word on whether Maya was cool with Common rapping “I tried to fuck the world, she only let me finger” on the track.

Angelou had previously been one of Common’s biggest fans, even asking the rapper to perform at one of her birthday parties. It was Common’s relationship with the I Know Why the Caged Bird Sings author that likely led Michelle Obama to invite him to recite poetry to schoolchildren at the White House earlier this year, a decision that was met with outrage from the Republicans who were clearly confused about who Common is.

Given his long history with Angelou, Common was quick to defuse this recent incident. “She knows I do use the word. She knows that’s part of me,” the rapper told the Post. “I told her what ‘The Dreamer’ was about and what I wanted to get across to people. I wanted young people to hear this and feel like they could really accomplish their dreams.”

Check out the offending track “The Dreamer,” the opening song on Common’s new The Dreamer/The Believer: