Bon Iver May Regret Calling the Grammys ‘Not Important’ Now

Bright side? Rosie O'Donnell knows who they are! 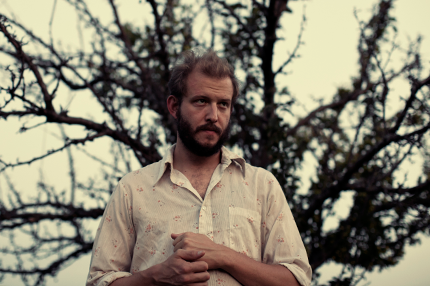 Bon Iver were the Arcade Fire of this year’s Grammy nominations, the indie rock act that sneaks into the major award categories and confuses parents and Rosie O’Donnell alike (except this time, Rosie got to know the band before the big night). In February, the New York Times asked Bon Iver’s Justin Vernon about the Grammys, considering his friends in Arcade Fire just scooped up the Album of the Year trophy. His thoughts on the ceremony went unpublished… until late last week, after Bon Iver were nominated for four Grammys, including Song and Record of the Year and Best New Artist.

“I would get up there and be like, ‘This is for my parents, because they supported me,’ because I know they would think it would be stupid of me not to go up there,” Vernon said. “But I kinda felt like going up there and being like: ‘Everyone should go home, this is ridiculous. You should not be doing this. We should not be gathering in a big room and looking at each other and pretending that this is important.’ That’s what I would say.”

In Vernon’s defense, these comments were made 10 months ago, well before he could have predicted that Bon Iver, Bon Iver and “Holocene” would be Grammy bait, but they reflect his true feelings about Music’s Biggest Night. After the Grammy nominations show, Vernon tweeted, “whats the difference between song and record?! ahhH! super weird butterflies! thank’s y’all.” His reaction was more gracious than how he was feeling about the show earlier in the year, when he accused artists of “compromising” and the Recording Academy a bunch of “musical-history gods.”

“I don’t think Arcade Fire was compromised, but 98 percent of the people in that room, their art is compromised by the fact that they’re thinking that, and that they’re hoping to get that award. And who is that award given by? It’s like they think it’s literally handed down by the musical-history gods,” Vernon told the New York Times. “And I don’t know who the voters are. Like, I have a friend who’s a voter who was like, ‘I had to be a voter because I don’t trust the other voters.’ And I was like, ‘Me either!’ And it’s just not important and people spend too much time thinking about it.”

Vernon also cited a letter Nick Cave wrote to MTV after he was nominated for Best Male Artist at the 1996 MTV European Music Awards. “It’s necessary for me to request that my nomination for Best Male Artist be withdrawn and furthermore any awards or nominations for such awards that may arise in later years be presented to those who feel more comfortable with the competitive nature of the award ceremonies,” Cave wrote in 1996. George Michael ended up winning the award anyway.

Vernon didn’t go so far as asking the Grammys to withdraw his four nominations, but he did own up to the comments he made to the New York Times, and for the most part stood by them. “Everyone now knows how I felt back last February about the grammies. Room to grow, but I agree mostly,” Vernon tweeted after his previously unpublished Times quotes were aired. The Grammys voters have a memory like an elephant though, so they probably won’t take kindly to Vernon’s statements — or the fact he spelled their award show “the grammies” — the next time Bon Iver releases an album.

While it may be awhile until the Grammy voters respond to Vernon’s comments, Australia’s long-dormant sample kings the Avalanches took a break from not making music to call out Vernon’s hypocrisy. “A musicians’ art is compromised’ if he/she desires a grammy. but endor$ing a product with proven devastating health risks is ok,” the group tweeted directly to Vernon and Bon Iver. Apparently, the Avs are upset that Bon Iver licensed his music to a Bushmills Whiskey ad, since “a product which kills 100k p/a in the US alone… i have seen alcohol destroy many families including my own.. and you are making money off this shit. dont try and justify it.” Vernon, exhausted by all the drama, responded simply, “Fucks sake. Glad I get to play guitar tonight.”