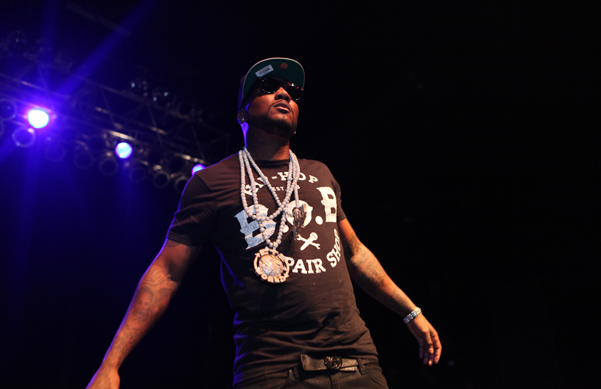 Jay-Z can add one more line to his ever-expanding CV, right above Georgetown classroom subject, GQ cover star, and Occupy Wall Street profiteer. The Jiggaman (alongside André 3000) plays the ultimate wingman on Young Jeezy’s “I Do,” a track posted today on Funkmaster Flex’s website.

The catchy, “Players Anthem”-centric slow-roller from Jeezy’s forthcoming fourth album TM 103: Hustlerz Ambition delivers exactly what you’d expect from a lyrical marriage of the three acclaimed rappers. Gruff-voiced Jeezy puts an early damper on romance by listing “all the things I’d do” after getting his bride home; expectant daddy Jay manages to temper sincere vows with boasts about his wealth (“I, Jay-Z, take this unlawful lady / To have and to hold until the task force roll / Or until I’ve amassed a fortune / Too much cash to fold”); and André 3000, true to form in one of his increasingly frequent visitations, just coins some hooky gibberish (“If we ever whoop-da-whoop, I want all that bleep-da-bleep”).

TM 103: Hustlerz Ambition is due to drop December 20th. Save the date.