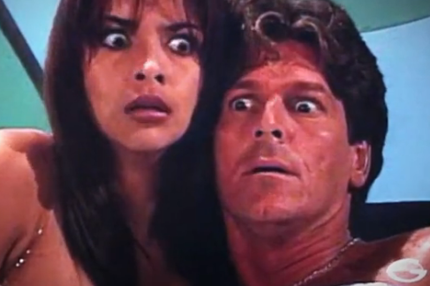 Lost Lander is a new project from sometime Ramona Falls members Matt Sheehy and Brett Knopf (who you also know from indie rock experimentalists Menomena). Below you’ll find the Jonnie Ross-directed clip for “Cold Feet,” an earworm from their debut LP, DRRT, out January 24. Using just his iPhone, Ross shot an entire night’s worth of what he saw on television, then cut it up to create “a commentary on the over-stimulation of being alive and in front of a computer/television/iPhone.” We were already kinda worried about that… now we are very worried.