A thrilling clip produced by Daft Punk's own production company 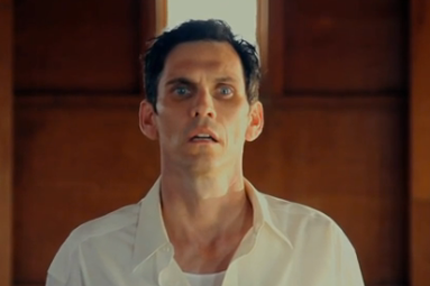 Ashtar Command is the songwriting and recording vehicle of Brian Liesegang and Chris Holmes, a Los Angeles-based everydude whose résumé is as hair-raising as his rolodex. (Highlights: He is Paul McCartney’s warm-up DJ, his project’s full-length debut, American Sunshine, is being co-released by Shepard Fairey’s Obey imprint). The Matt Ornstein-directed clip below for “Mark IV,” an alt-rock bliss-out from said debut, was produced collaboratively by Lodger Films and Daft Punk’s production company, Daft Arts, and features a supernatural narrative at one with Holmes’ passion for exactly that. It also features a cameo from actor Trevor Morgan, or, as we gasped upon seeing it halfway through our first viewing, “that kid from Jurassic Park III!”