Video Premiere: ’90s Revivalists WATERS’ ‘Back to You’

The ex-Port O'Brien project gets an electric tour video 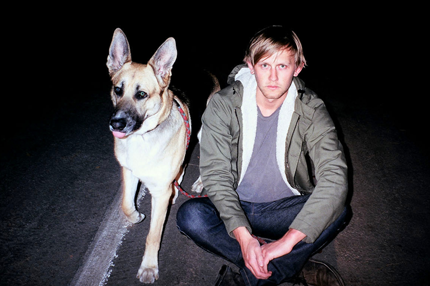 WATERS is the crunchy, superfuzzy, bigmuffy ’90s revivalism project of ex-Port O’Brien vocalist Van Pierszalowski. Their latest video, “Back to You,” from recently released debut album Out in the Light. is a grand tour opus like Bon Jovi’s “Wanted Dead or Alive” without the steel horse — a buzzband’s tour van is more like a steel donkey if anything. The whole thing is more mid-’90s than an armload of Yuck cassettes: denim jackets, fuzzy video footage, a marquee boasting a Neil Hamburger show. Hell, the only thing this is missing is Lewis Largent introducing the damn thing. Enjoy: