Van Halen Jump to Interscope After 35 Years at Warner

The band's move to Universal's Interscope label is now official 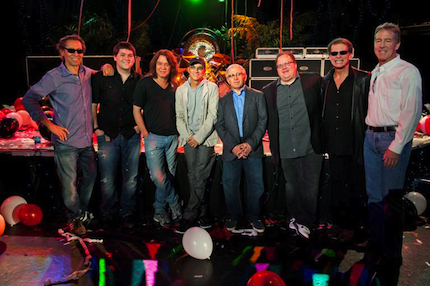 Van Halen have officially inked a deal with Universal Music subsidiary Interscope Records, according to the Hollywood Reporter. The move ends a 35-year relationship with Warner Music and contradicts speculation that the band would be signing with Columbia Records.

According to THR, the band apparently went with the West Coast-based Interscope to please frontman David Lee Roth. A source reportedly says the Columbia offer had been approved before Interscope swooped in at the last minute. The band is thought to be almost done with its first studio album since 1984, with a “special announcement” from the group anticipated at the Grammy Awards nominations concert on Nov. 4.