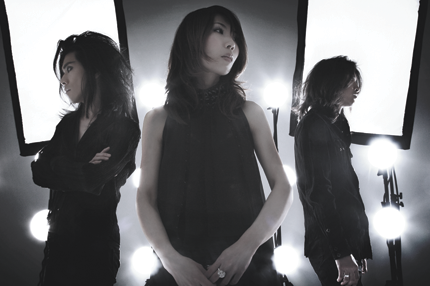 Earlier this spring, SPIN raved about Boris’s slinky 17th album Attention Please, adding it was “the least ‘metal’ thing the band have released to date.” Obviously, we spoke too soon because along comes New Album, a repackaged, retracklisted, remixed version of a Japan-only album (due in the states December 6 via Sargent House), which sends our sludge heroes down a windswept wormhole of house beats and sunshiney melodies.

While hardcore Boris fanatics may recognize a few of the tracks from this year’s snaky Attention Please and stoner-glazed Heavy Rocks, New Album is a beaming ode to optimism and joy — an awesomely wild detour from the band who nicked their name (and sound) from a Melvins song. Opener “Flare” is like anime Blue Oyster Cult with a ripping Baywatch guitar solo; “Luna” is an unlikely mix of shoegaze and grindcore; and tracks like “Jackson Head,” “Les Paul Custom ’86,” and vinyl rarity “Party Boy” have the all-night four-on-the-floor vibe of trance and classic EBM. We’ll follow these guys anywhere.