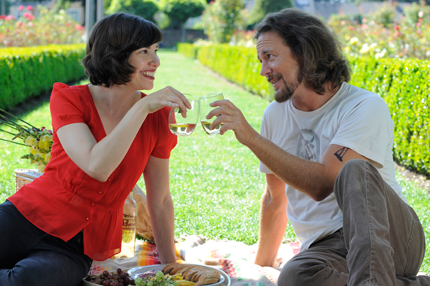 There are 5,011,200 seconds until Portlandia’s second season arrives. Until then, read our 40 Greatest Comedy Albums of All Time and sate your jones with one of our favorite season one clips — Armisen’s satire of the cutthroat bike community in the Rose City — and the footage we grabbed of Armisen and Brownstein on the set of their SPIN shoot:

Camera by Jeff Streich / Edited by the NY Frequency