U.K. rockers at work on sixth studio LP, follow-up to 2009's 'The Resistance' 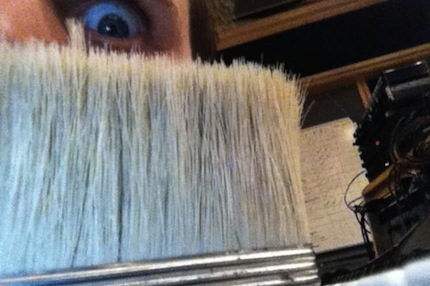 Expect hugeness. Arena-scale English rockers Muse have hit the studio to start work on their sixth album, and the follow-up to 2009’s The Resistance could arrive by next fall. The band’s manager, Anthony Addis, told Billboard.biz the group hopes to record the entire LP in London and release it by October 12.

Addis said he hasn’t heard any of the new songs yet, but Oh No They Didn’t points to a couple of fun tweets from Muse lead singer Matt Bellamy. In the first, he says: “About to start some recording tomorrow. What musical direction shall we go in?” In the second, he adds, “OK, will start on christian gangsta rap jazz odyssey, some ambient rebellious dubstep and face melting metal flamenco cowboy psychedelia.” When it comes to the band behind the Queen-like “United States of Eurasia (+ Collateral Damage),” the crazy thing is he might not be joking.

Muse bassist Chris Wolstenholme has previously said the plan is to record an album and then play the new songs live, so after the album gets a release date, tour dates might not to be too far behind. Continues the band’s manager, Addis, “They’ve written a lot of material already but you don’t know how it’s going to gel between them all. They write constantly. They write on the road, so before or after a gig they’ll write nearly every night. It’s a serious process, but you don’t know how it’s going to turn out [until] you start practicing it together, because everybody’s done it individually.” Ah, so that explains the complexity of the songs, then. But not the above Twitpic ONTD found from the studio.