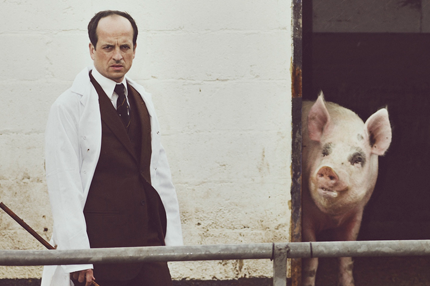 For One Pig, microhouse producer and found-sound experimentalist Matthew Herbert immortalized one such animal, splicing together audio snippets from its life in chronological order, from birth to the butcher. In its original form, “August 2010″ could be considered one of the most sensitive of the set: its opening moments are those of pork in pan, its coda comprised of what happens when that same pork meets taste buds for the very first time. Micachu, of Micachu and the Shapes fame, takes the track and inverts it. The result is a remix that shakes up and illuminates all the magic that happens in between.

It’s just one part of a digital One Pig remix EP the avant-pop trickster is releasing on December 11 via Accidental.