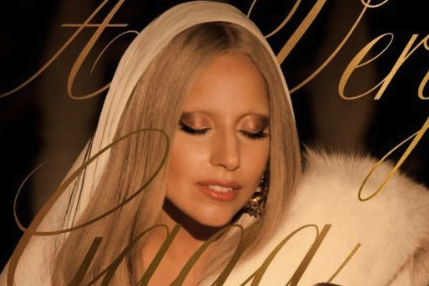 It’s a Thanksgiving miracle. Lady Gaga is ringing in the holiday season in particularly grand fashion, from the world of luxury retail to network TV to products that people too poor for couture can also buy. Ah, what a truly magical season to be an iconic brand!

The pop star has just opened Gaga’s Workshop, a colorful, high-concept display taking up an entire floor of luxury retailer Barneys New York. Admirably, 25 percent of sales from this exhibition will go toward her anti-bullying charity, the Born This Way Foundation. Then again, this also means people who can afford the high-end prices will able to stop worrying about those dirty Occupy Wall Street hippies and once again go to sleep feeling good about themselves — so in other words, Gaga saved Christmas.

As for the 99 percent, we can enjoy our holiday dose of the Mother Monster, too. Any fans still hankering for more music after Nickelback’s scheduled NFL halftime show can gorge themselves on a good old-fashioned Thanksgiving TV special. A Very Gaga Thanksgiving airs Thursday night on ABC, and it’s directed by Gaga herself. For an extra-magical burst of corporate synergy, you can watch ABC’s Good Morning America interview with the singer: “This is a real Christmas moment for me, because this is my first custom Chanel,” she explains, obviously quoting Tiny Tim’s famous speech from A Christmas Carol.

If you’re wondering when you’ll be able to buy the music from this special, well, you’re also in luck! Gaga has packed four songs from the show into an EP titled A Very Gaga Holiday, available on iTunes now and elsewhere starting on Saturday. Check out Gaga’s jazzy rendition of “White Christmas” below, featuring a random extra verse about a snowman, and be sure to avoid any unpleasant mental comparisons with A Charlie Brown Christmas: