Review: Korn, ‘The Path of Totality’ 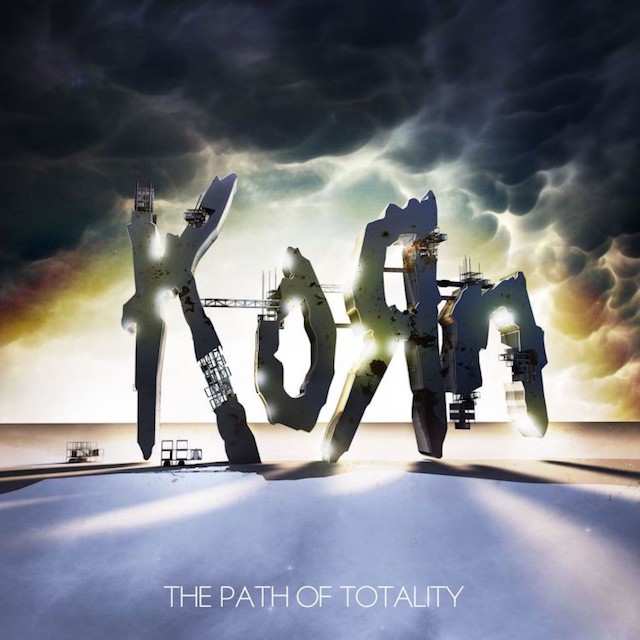 Describing the impetus for last year’s willfully stripped-down Remember Who You Are, Korn frontman Jonathan Davis told me that he’d asked himself a question after his band’s surprisingly adventurous mid-2000s stretch: “What more can we add to this fucking motherfucker?” The answer, a mere 18 months later, turns out to be the wobble and squelch of arena-leaning dubstep.

On The Path of Totality, their tenth studio album, these West Coast rap-rock OGs hook up with various on-the-rise producers, including Skrillex, Datsik, Kill the Noise, and 12th Planet, for the most blatant nü-metal cred grab since Limp Bizkit covered “Bittersweet Symphony.” Thing is, dubstep’s slithering textures actually suit Davis’ demented croon, particularly in the cuts produced by Skrillex, who’s known Korn since his teenaged days as Sonny Moore (in the metalcore act From First to Last). For “Narcissistic Cannibal,” he accentuates the band’s tortured-kid melancholy, while “Chaos Lives in Everything” grinds with convincing menace. (Lead single “Get Up!” is plain old block-rockin’ fun, with Davis ordering everybody to shut the fuck up over Skrillex’s robot-barf beat.)

Elsewhere, Excision and Downlink provide the hardest-hitting groove in “My Wall.” And for “Way Too Far,” a march-tempo monster mash, 12th Planet jacks the bass and Davis reveals something else that he realized he could add to this fucking motherfucker: an auctioneer’s spiel.