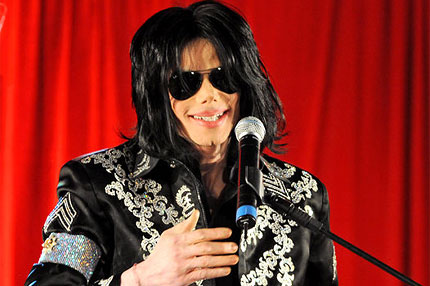 Some wealthy weirdo has lost the chance to own a piece of the bed where Michael Jackson died. Julien’s Auctions says it has honored the wishes of Jackson’s family and pulled the queen-sized headboard from an upcoming auction, the Associated Press reports. No other portion of the bed will be available for sale, as the mattress belongs to the Jackson estate. “We want all of our events involving items associated with Michael Jackson to be a good experience for everyone and a celebration of his life and career,” auction house president Darren Julien is quoted as saying. Julien’s handled an auction of memorabilia from MJ’s Neverland Ranch in 2009.

Buyers will still be able to bid on a variety of other objects from the mansion the KIng of Pop was renting at the time of his death. Items for sale at the December 17 auction will reportedly include paintings, antique furnishings and a chalkboard where one of Jackson’s kids wrote, “I (heart) Daddy.” As Rolling Stone reports, fans can bid on a less-ghoulish piece of memorabilia in a separate auction: rejected concert footage from an Argentina gig during Jackson’s 1993 Dangerous tour. The sole copy of the film, made by Jackson’s production crew but spurned by the man himself, will be for sale in London on November 26.