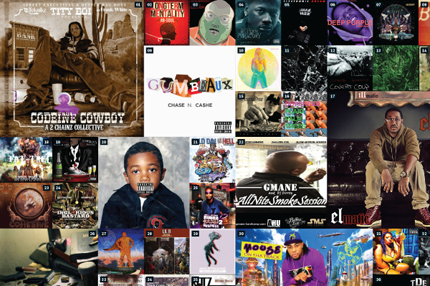 You won’t find most of the year’s important or just plain entertaining hip-hop releases in any store. You’ll find them right here (in alphabetical — not ranked!order).