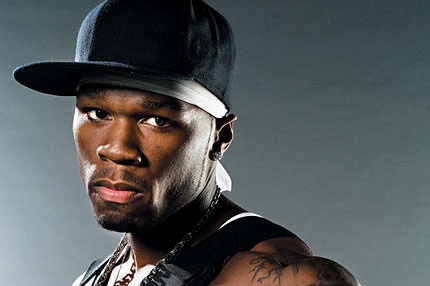 It’s been a second since rapper 50 Cent actually, you know, rapped. The actor, author, and G-Unit Leader picks up where he left off on “Stop Crying,” the first track to surface from his upcoming Big 10 mixtape (via Illroots). And that’s OK.

Fiddy’s last album, 2009’s Before I Self Destruct, saw him teaming up with then-hot collaborators. While the eerily squiggling synth-rap production here isn’t as obviously au courant, it’s a logical progression — no more, no less. Fiddy’s guttural, menacing boasts, meanwhile, are pretty typical gangsta-rap mixtape fodder. Curtis wisely keeps them out of the way, so you can chant along as he warns us to “get it through your bloodclot head” and not get too distracted each time he lazily rhymes “crying” with “dying” (“no lying”!).

Just in time for the 10-year anniversary of 50 Cent’s still-great 2002 mixtape, 50 Cent Is the Future, the new Big 10 mixtape “is gonna be crazy better then most albums this year,” he tweeted (via Vulture), adding, “trust me lol.”