Ladies lead with the most nods for November 20th ceremony 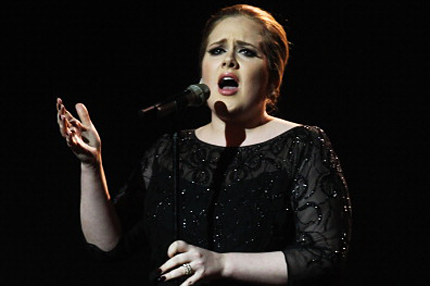 Temporarily mute singer Adele leads all nominees for the 2011 American Music Awards with four nods, including Album of the Year, Artist of the Year, Adult Contemporary Music (Favorite Artist), and Pop or Rock Music (Favorite Female Artist). Lady Gaga, Lil Wayne, Katy Perry, Taylor Swift, and country act the Band Perry followed with three noms each, and Bruno Mars and Beyoncé picked up two apiece. It was a different story a few months ago when Teenage Dream Perry earned a landslide nine nominations for MTV’s Video Music Awards, but Gaga is still having a relatively slow year in the awards department.

The AMAs have been kicking around since the early 1970s, when Dick Clark dreamed up the show to compete with the Grammys. This year’s eligibility was limited to releases that arrived between December 1, 2010 and September 1, 2011. Nominees are determined by record sales, radio airplay, and other metrics including social networking activity. Fans vote for the winners, which explains why Justin Bieber does so well there any why so many artists show up to perform — last year’s show almost featured more performances than awards.

No performers have been announced for this year’s ceremony just yet, which will air live on ABC Sunday, November 20th at 8 p.m.