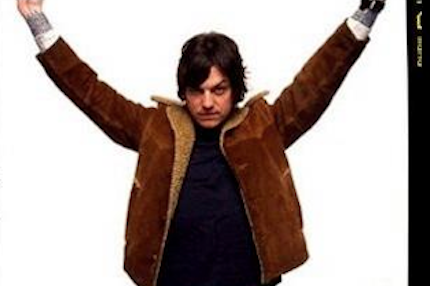 Mikey Welsh, a bassist best known for playing with Weezer and Juliana Hatfield, was found dead in a Chicago hotel room at 1 p.m. on Saturday when he failed to check out on time. The Chicago Tribune reports the 40-year-old musician’s cause of death won’t be confirmed until toxicology tests are complete, but police found prescription drugs and a substance believed to be heroin in his room. In an eerie coincidence, Welsh tweeted ,”dreamt i died in chicago next weekend (heart attack in my sleep). need to write my will today” on September 26th.

Welsh joined Weezer following the departure of founding member Matt Sharp in 1998 and played on the band’s 2001 self-titled “Green” album. He left the band the same year after suffering a drug-induced nervous breakdown, and was replaced by Scott Shriner. In a statement posted on Weezer’s website, the band call its onetime member “a unique talent, a deeply loving friend and father, and a great artist.” The band say they recently saw Welsh at Weezer’s joint gig with the Flaming Lips at New York’s Jones Beach, and had plans to meet up with him again at Sunday’s RIOTfest in Chicago, which went off as scheduled (“As sad as it is to think about, we know Mikey would never want the rock stopped on his account—quite the contrary in fact”).

After Weezer, Welsh became a visual artist and moved to Vermont. Images of many of his paintings are posted on his website and Facebook page, where he is remembered as “an amazing father, artist, and friend.”